Uses: None – plant is poisonous, especially the seeds

The arctic lupine is a purple-flowering, herbaceous plant that commonly grows between 30-50 cm (12-20 in) tall. The long stems grow from a long taproot. It may have a single stem or many stems from a single plant. Each stem has an inflorescence of many (up to 30) pealike, dark blue, or purple flowers occurring in a tall raceme. Flowers are typically wooly, especially the buds. The leaves have long stems and are palmate with narrow, ovate leaflets.

Along with numerous other alkaloid toxins, a neurological toxin called Sparteine is found in the arctic lupine. Studies by Gregory Sharam and Roy Turkington showed that the concentration of sparteine in Lupinus arcticus is higher at night and lowest in the afternoon. In fact, the sparteine concentration could be nearly 5 times lower in the afternoon hours. The production of alkaloids is typically linked to photosynthesis and would usually have the highest concentrations in the day, like in other lupine species.

It is thought that the timing of this concentration developed as a defensive response to the grazing cycle of the snowshoe hare, the dominant herbivore in northern boreal forests. 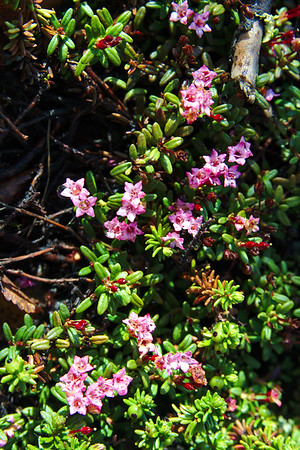 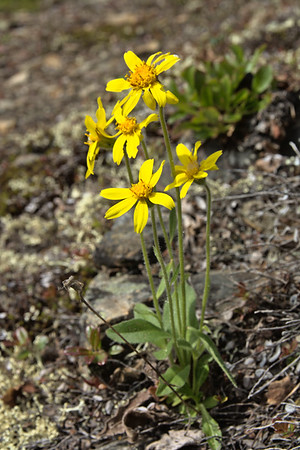