First aurora shots of the season It feels like I’ve been waiting for so long! The sky was almost completely overcast last night, but at midnight Kate was called to babysit. The dog started crying when she left so I went downstairs so he knew I was still here and he went back to sleep. I walked outside and was looking up at some breaks in the clouds; I had to squint for a while because I couldn’t tell what I was looking at. After a few minutes I decided that it was (probably) aurora so I grabbed my camera and set up the tripod. Suddenly the little wisps of barely visible aurora brightened as the sky filled in green. The show was pretty short of spectacular. You can tell because the stars are so bright behind it. When we have good shows stars are hardly visible. Within ten minutes the sky was completely filled in with clouds and twenty minutes later it began to pour. I’m so happy the season is here. That reminds me that the foliage is about to change, it may be time to head down to Denali again. 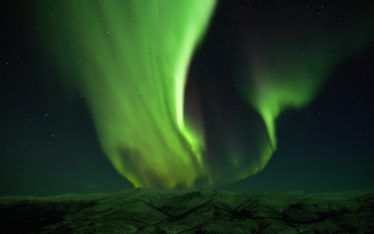 Yikes . . . Has it really been this long?! Spring in Alaska
It sure doesn't feel like it, but it's been over a year since I've published a blog-post. I've still been writing, editing, and updating, but not publishing new things. I've...
447 Likes 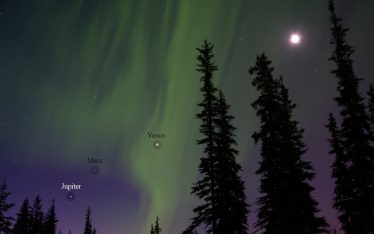 Aurora Borealis – October 6, 2015 – Planetary Alignment!
I woke up early to photograph a cool planetary alignment of Venus, Mars, and Jupiter with a quarter moon. I lucked out because the aurora was still going strong at...
448 Likes 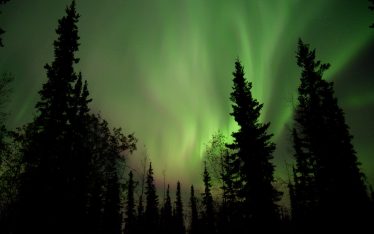 Aurora Borealis – September 11, 2015
The first impressive aurora borealis display I witnessed this season was shortly after midnight on September 11. It broke up fairly quickly, becoming diffuse, but it was brilliant for about...
426 Likes